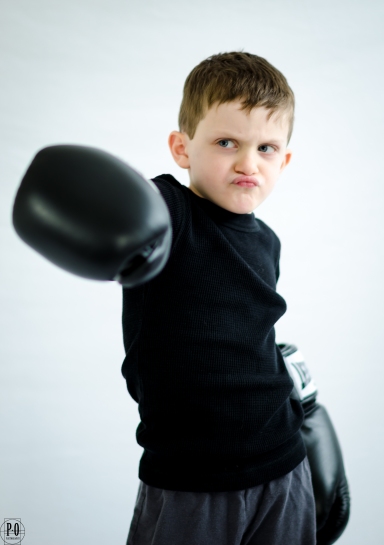 In this corner we have a super mini-mini-flyweight from Hillsboro, Oregon. He is the dance and prance bruiser, the tiger unleashed, and the next champion of the world!

Actually, he is one of the nicest five year old boys you would ever meet and was a rock star in front of the camera. Mr. Luke, as I call him, likes soccer and football best but was open minded enough to try on my boxing gloves. Mr. Luke is not a boxer, but he really didn’t need any direction from me. Once the gloves were on, he went right into his Rocky and Apollo Creed routine. Once the gloves came off, he posed with stuffed animals and his baby sister. Mr. Luke, for lack of a better word, was awesome.