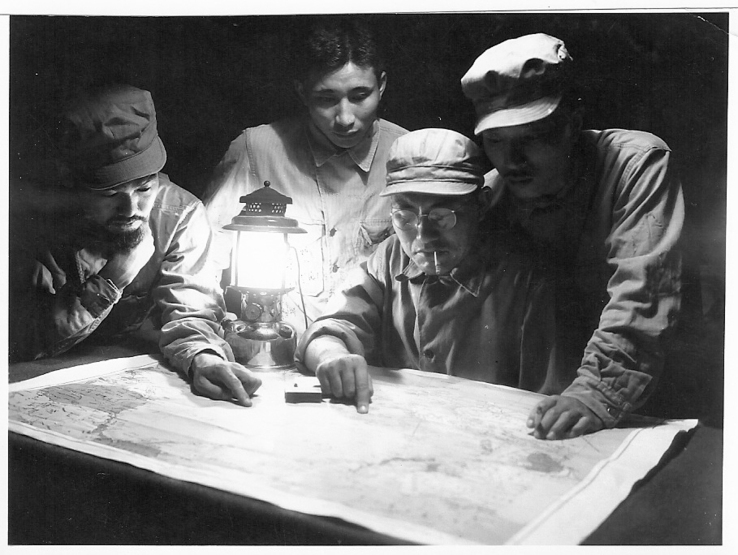 The men were Japanese-Americans serving in the U.S. Military Intelligence Service during the Second World War, deployed to the South Pacific. We know one of the men standing is Joe Mitsuru Shiraishi. The photographer is unknown, and to me that is unfortunate because this photo is great.

I could have shared with you my digital enhancement that reveals more detail of the map and brings that highlight back into balance, but chose not to. This is not about me. It is about one anonymous man who over 70 years ago took this photo and preserved the moment. It is about the men in the photo and their service to the United States and her allies. Also, it is about the men not seen and the many Japanese-American Nisei soldiers who volunteered during the Second World War. It is a soldiers story.

Under the circumstances and considering the times, this is good work that deserves to stand on its own.

This photo comes courtesy of the Oregon Congressional Gold Medal Banquet Committee and is archived at the Oregon Nikkei Legacy Center.