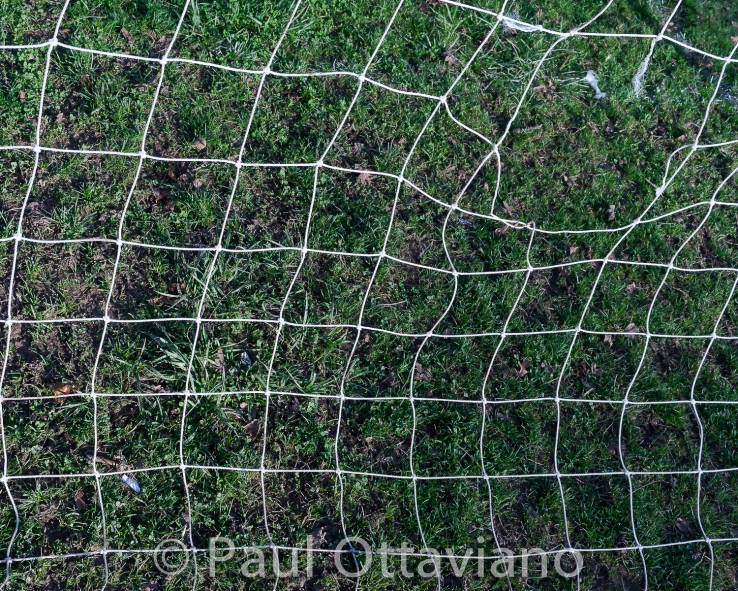 I can’t help but feel dirty for being a soccer fan right now. 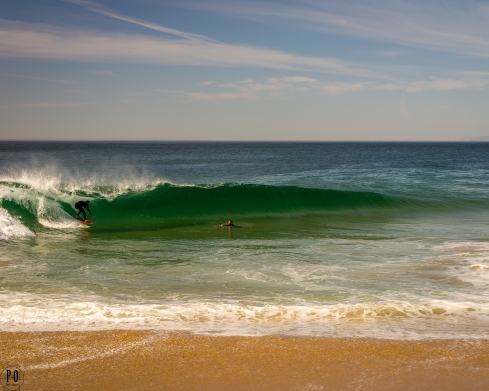 Imagine this wave more than double in size, but in the same shallow spot. Youthful exuberance, to put it mildly. 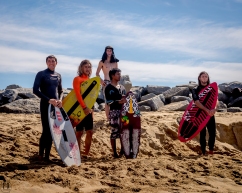 A skimboarder wins the day. 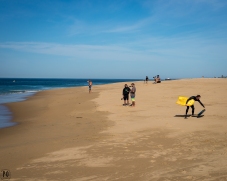 Photographers hard at work… and a body boarder, I guess he brought the whole quiver. 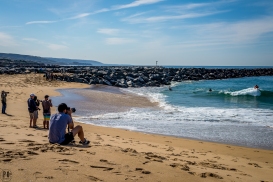 The press box shooting photos of… not much on this one, but always on the ready. 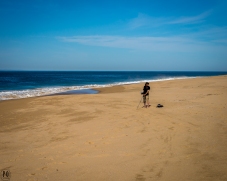 Patiently waiting at the right spot.

Jumping into the shallow end.

“You’re photobombing me… oh, this kind of works.”

One heads home for the day, while another is eager for a new set.

“End of the road boys.” Blackball is up, no more board surfing for the day.

The Wedge is a shorebreak in Newport Beach, CA that is famous in the surfing community. Reasons for its fame are simple; waves can get big and barrels thick and it all happens in maybe just a foot or two of water.

Bodysurfers and body boarders are common there, with the occasional deranged surfer. Dominating the set waves on this day were a group of skimboarders. They would launch very close to the jetty and catch a small swell that ricochet off the rocks. From there, they would pump their boards into the bigger peak over a sandbar just to their right. The whole point was to get covered in a barrel. They were great.

Plenty of local photographers were on hand, because it was opening day of the new season. Most of the photographers at The Wedge were using telefoto lenses and looking for the classic barrel shot. I was visiting from out-of-town, working on a different assignment, and did not have a zoom lens. I decided to instead see what I could do with a fixed 50mm lens and looked to document the whole scene, which included the gallery of photographers. 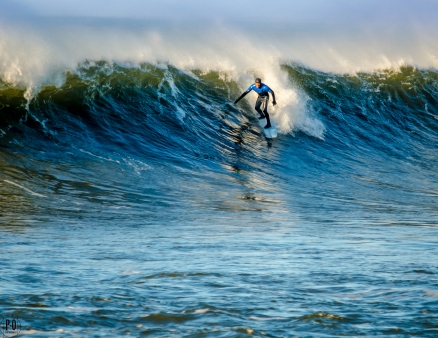 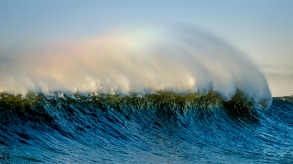 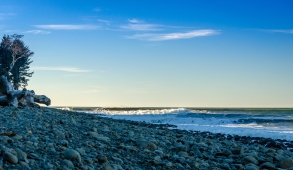 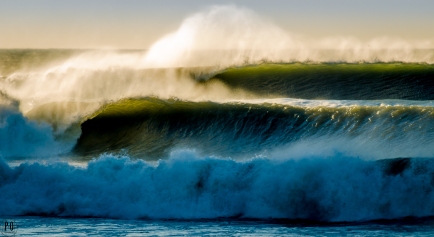 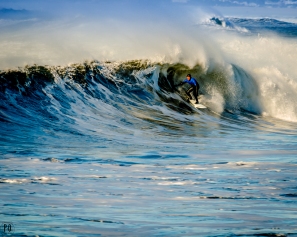 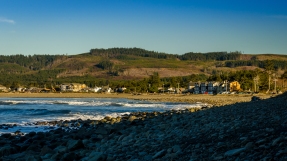 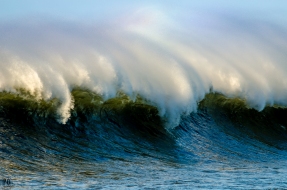 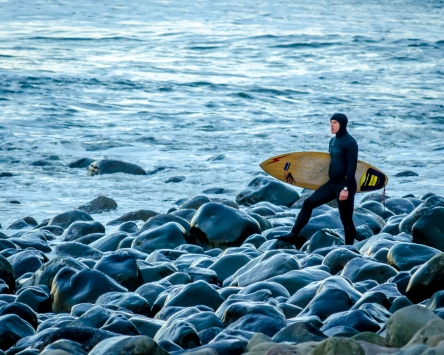 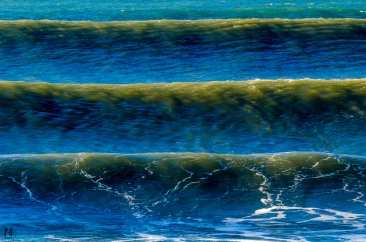 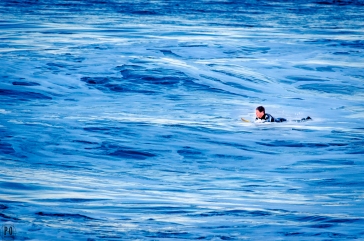 A west swell graced the west coast last week. Waves from Mexico up to the Northwest were the best of the season so far. Scanning through my Instagram feed I saw big wave photos from places like Maverick’s and exciting video footage from Southern California. I checked the surf forecast for Oregon and sure enough big waves were predicted. Knowing that Surfline is very accurate I immediately made plans to drive to the coast, with the added benefit of a rare sunny winter day.

The scenery, surfing, and waves did not disappoint. Above you’ll see a small gallery of surfing photos from my trip to Seaside, Oregon. It was a gorgeous day, the waves the best I’ve seen there, and the surfers – albeit there are bigger waves elsewhere in the world – are some of the most gutsy around.

Here’s hoping that you enjoy looking at these as much as I do. 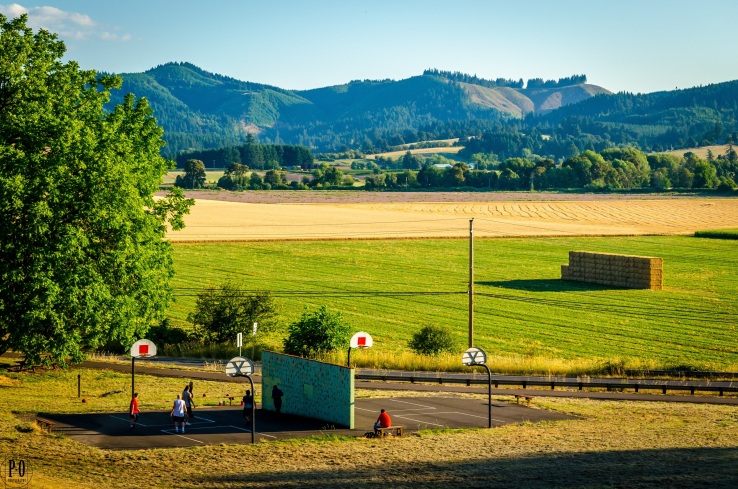 When it is this cold outside it’s nice to look at photos from a warmer time. This is perhaps the best basketball court location in Oregon, if the scenic view is any qualifier. 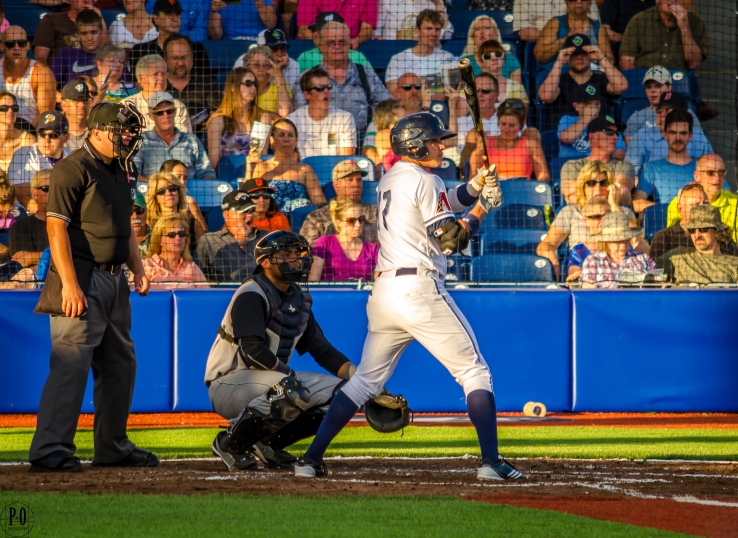 Baseball returned to the Portland metro area this summer in the form of the Hillsboro Hops, a class A short season affiliate of the Arizona Diamondbacks. The late afternoon, early evening natural light at Hillsboro Ballpark is a photographers dream. This is my favorite photo shot during a game I attended in July.

The interplay of light and shadows were appealing. Notice the woman in the stands using a program to block the sun while those just a few rows above her seem quite comfortable and many didn’t bother with sunglasses. Bright sun or not, the fans seemed in good spirits.

In sports photography intense selective focus is usually employed. On this occasion I was a fan in the seats and did not have the proper lens to blur the background at this distance. Sometimes it’s okay to bend the rules, and in this particular moment, the faces in the crowd are just as interesting as the game being played.